Check out the dates page for all current dates for 2022.  More coming in too, and another possible new project on the horizon.  Watch this space…..

BBB December gigs have just been added to the Dates page, and 2022 gigs will be added soon enough.  In the meantime, why not indulge in some Xmas blues….  Click on the images 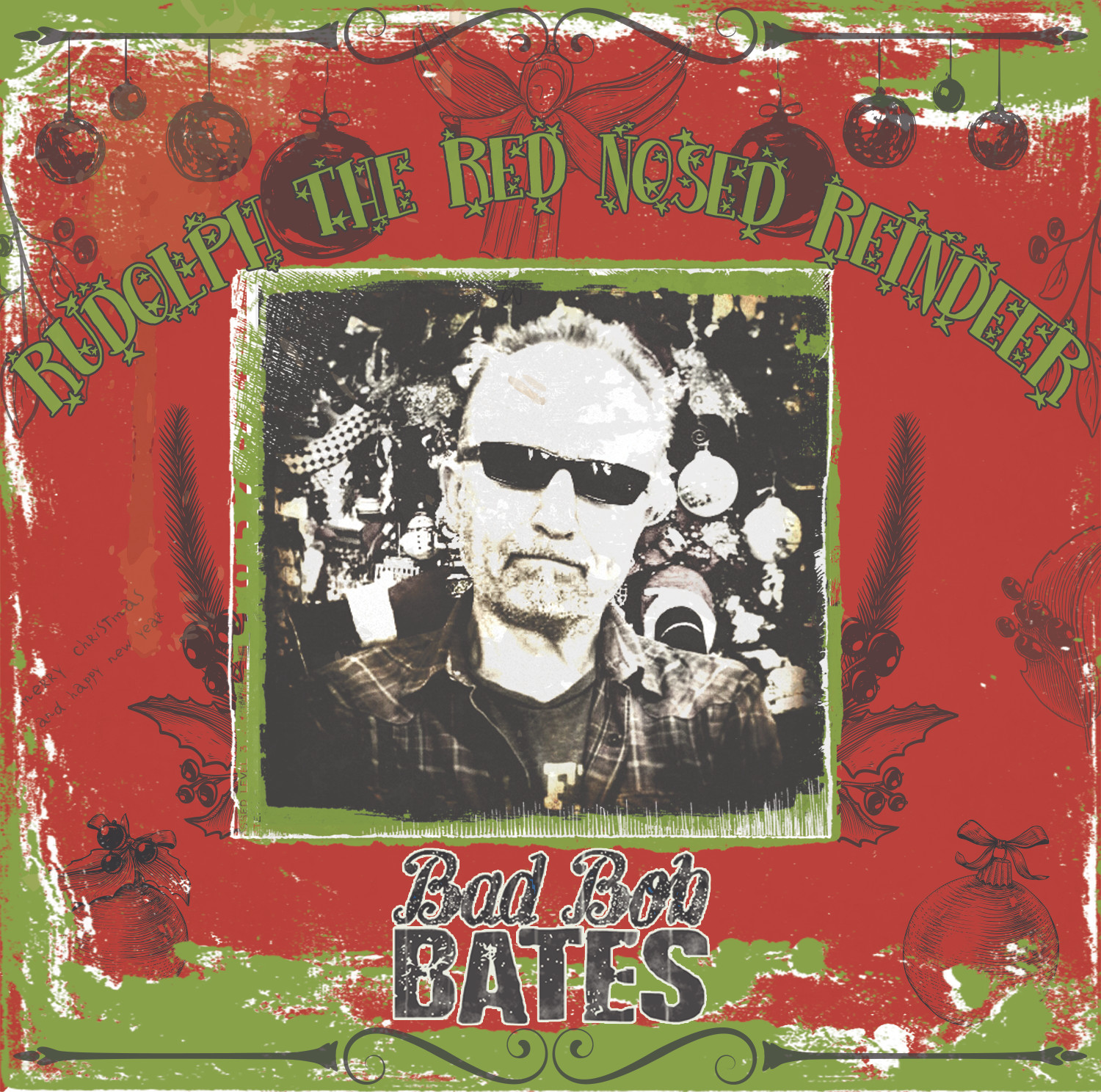 Thanks so much for the turn out at The Cluny for The Bates Motel debut.  The place was packed and the audience response was so positive right from the off.  It was so good we’re going to do it again and keep it going for a while at least – gigs to follow in 2022 from Hartlepool to Newcastle for now, but hopefully more to come – watch the dates page and FaceBook. 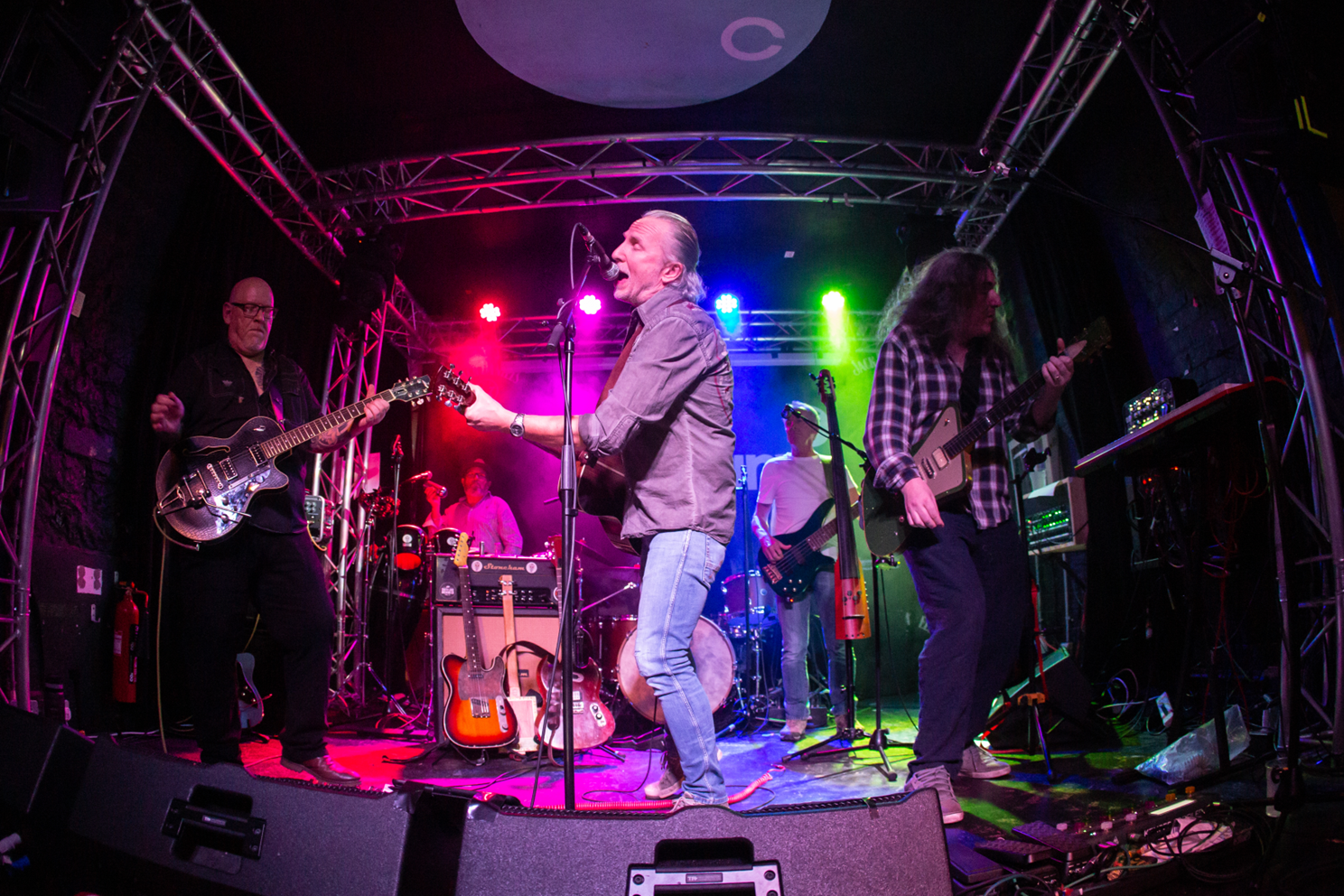 …. and here’s the next Bates Motel gig.

So, the launch of the new originals band, The Bates Motel, is confirmed!  It’s The Cluny in Newcastle on Sunday 24th October between 12 and 4pm.
Get your tickets soon! https://www.ticketweb.uk/…/the-bates-motel-the…/11314945
– selling fast. 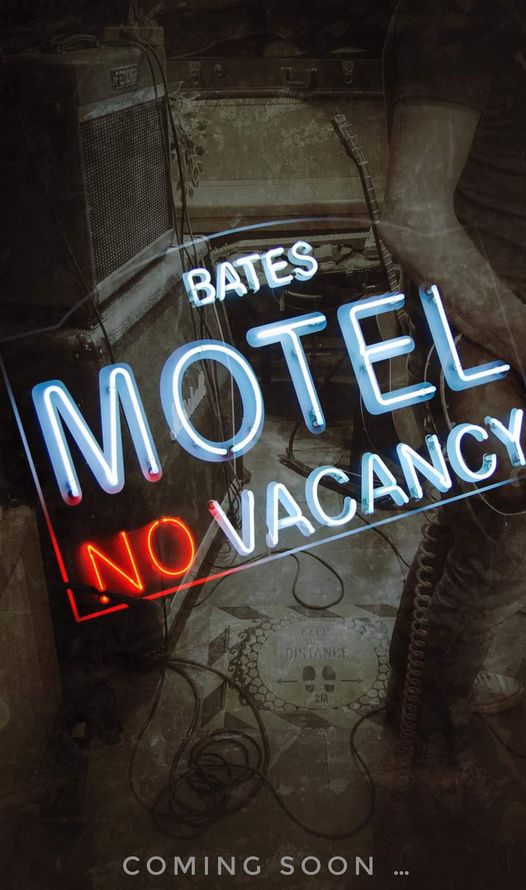 It’s me (BBB) (front vocals and guitars).  Joined by Ally Lee (guitars/keys/vocals), Ainsley Wills (guitars), Dave Coates (bass/vocals), Adam Forster (drums) and Leslie Young (percussion/harmonica/vocals).
We’ll be playing songs from my last 4 solo recordings starting with Bridge Street and ending with DeadBeat (not necessarily in that order though!), and this bunch of brave and enthusiastic stalwarts have really brought the tunes alive!
I’m hoping as many of you as possible can come along to offer your support and encouragement. I know launching a 6 piece originals band is probably crazy, but it’s time to start working on the bucket list and I couldn’t have better people around me. You should hear what they’re doing with the material…
Get your tickets soon! https://www.ticketweb.uk/…/the-bates-motel-the…/11314945

So, it’s happening.  Currently in rehearsals with a six piece top band coming together featuring local legends drawing from released recordings from 2014 onwards, including the full contents of DeadBeat.  The Cluny is booked for the band launch on Sunday 24th October, between 12 and 4 pm.  Something not to missed – The Deadbeat tour.  Details surrounding The Bates Motel to follow 😉 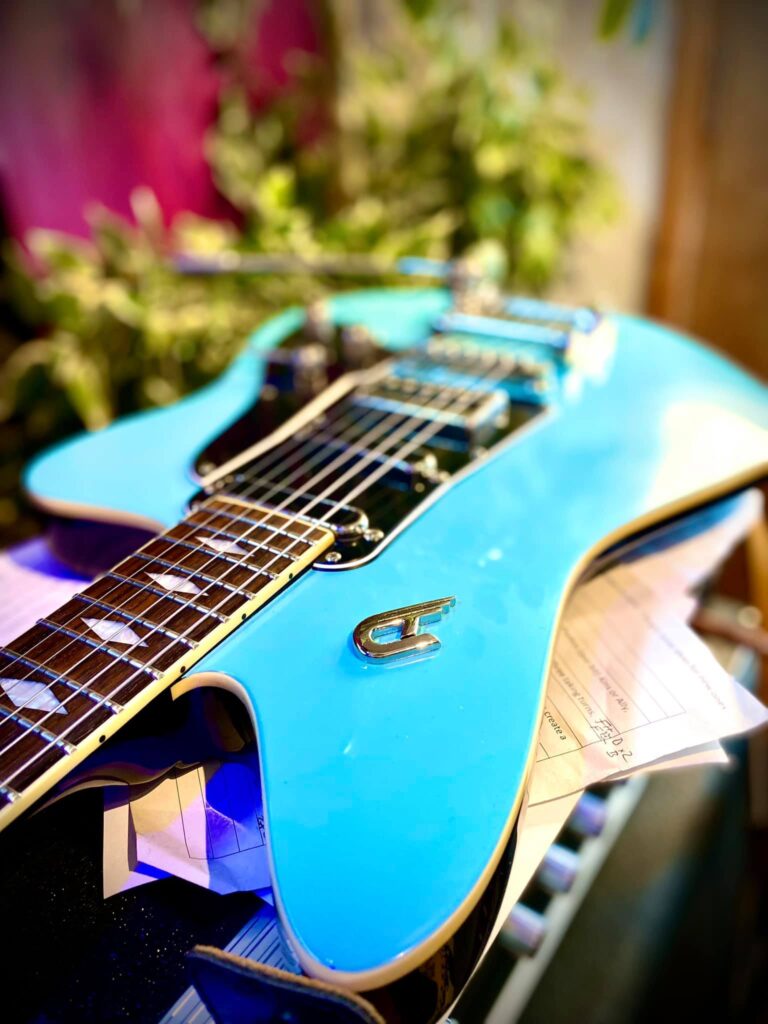 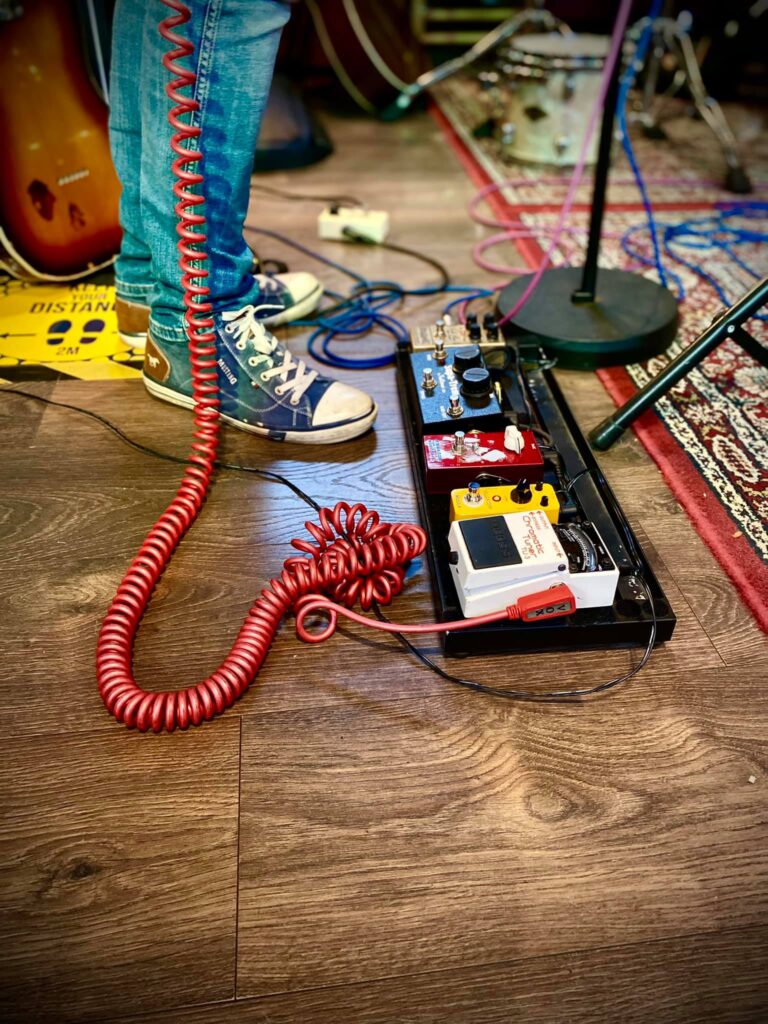 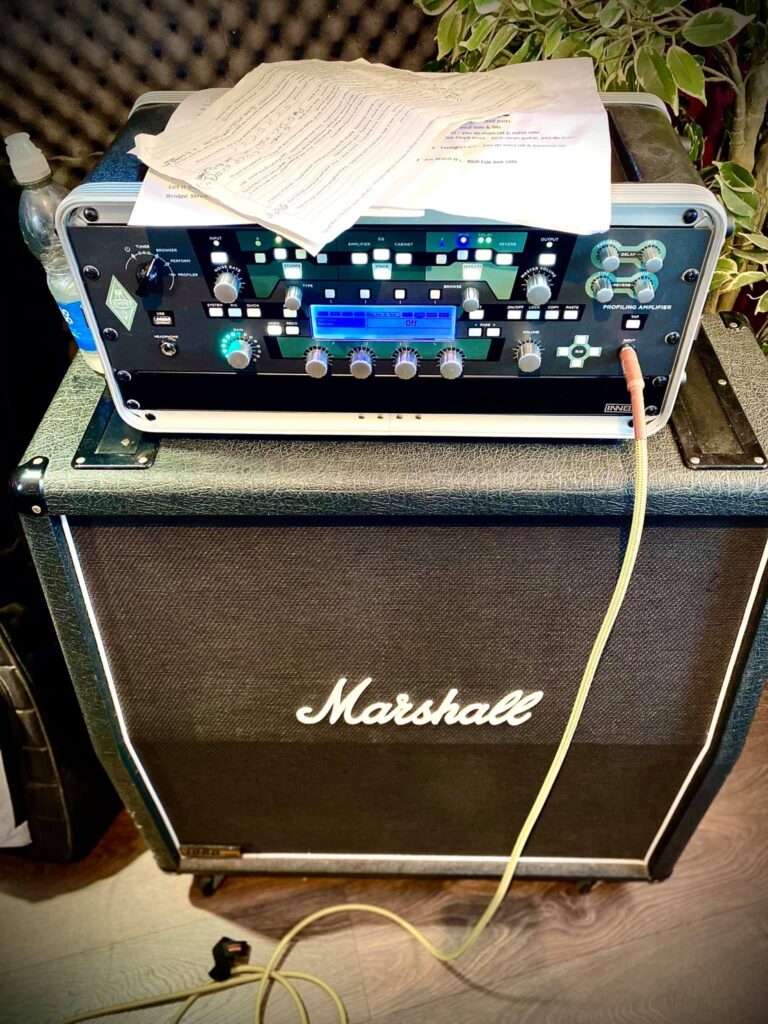 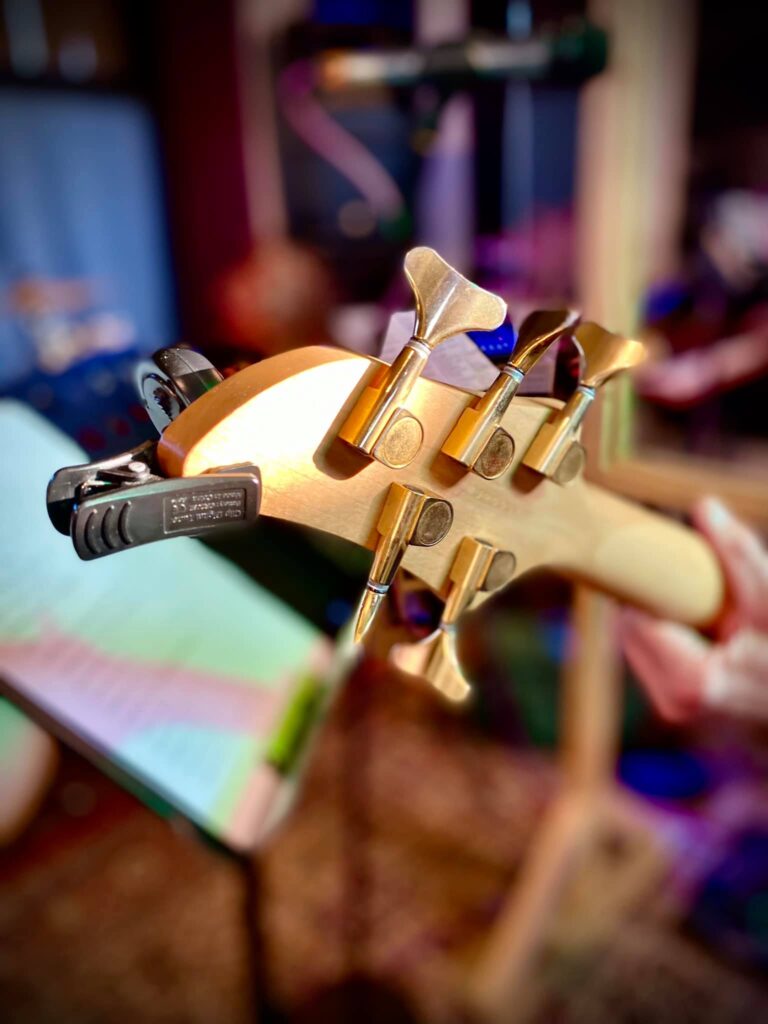 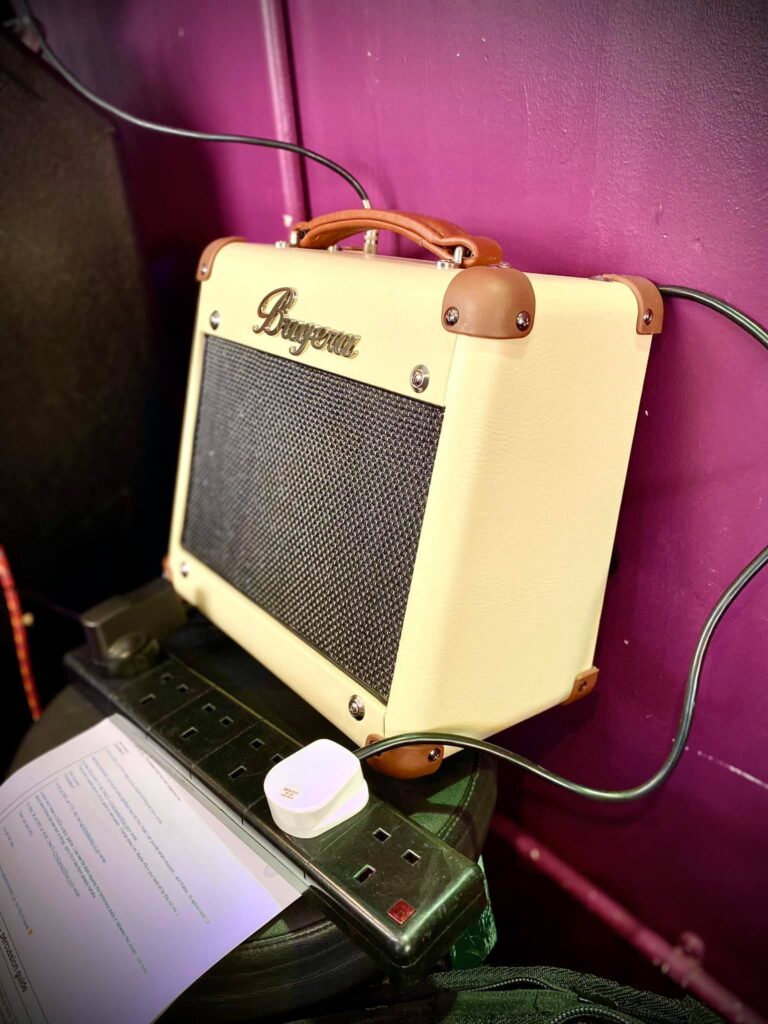 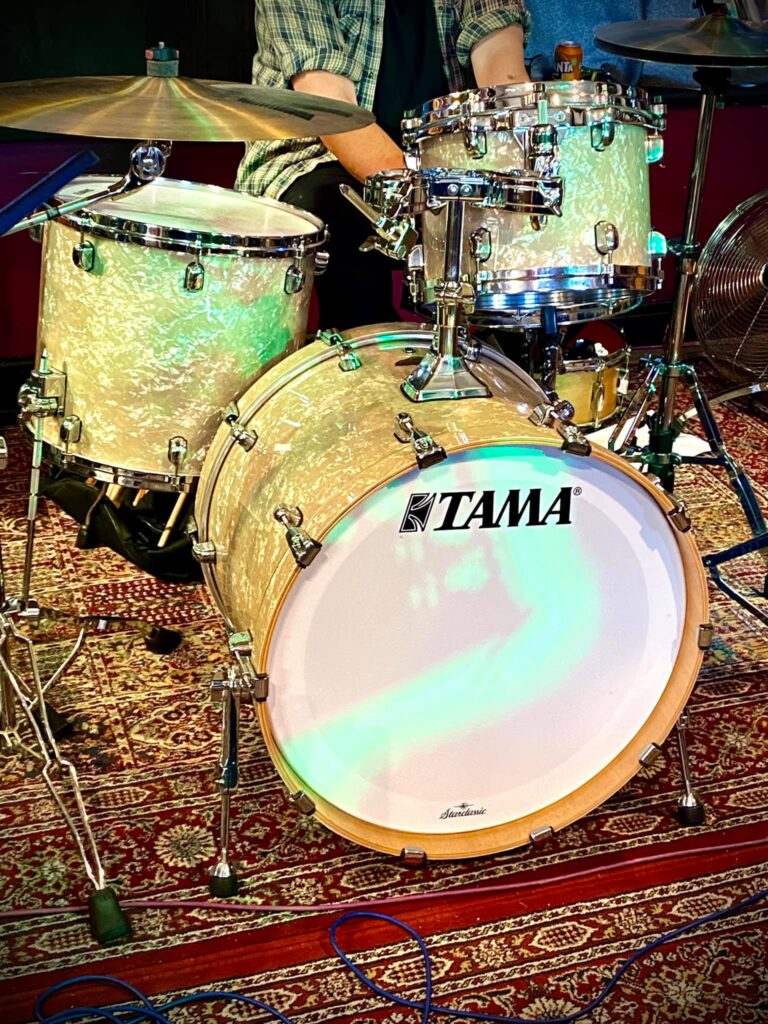 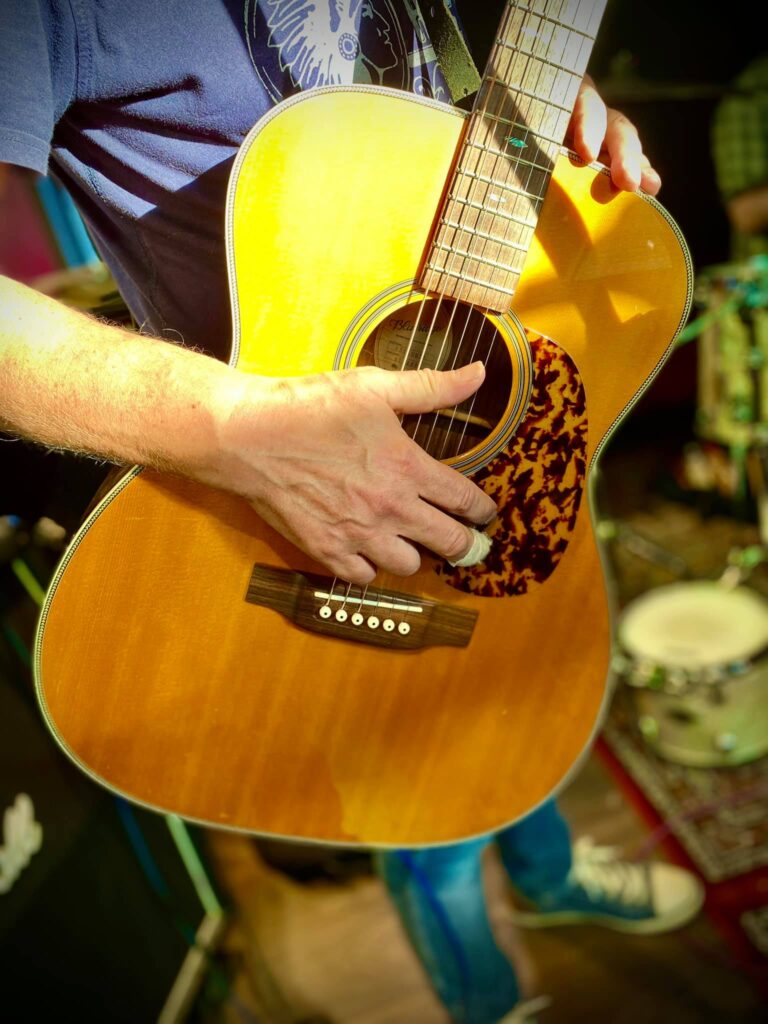 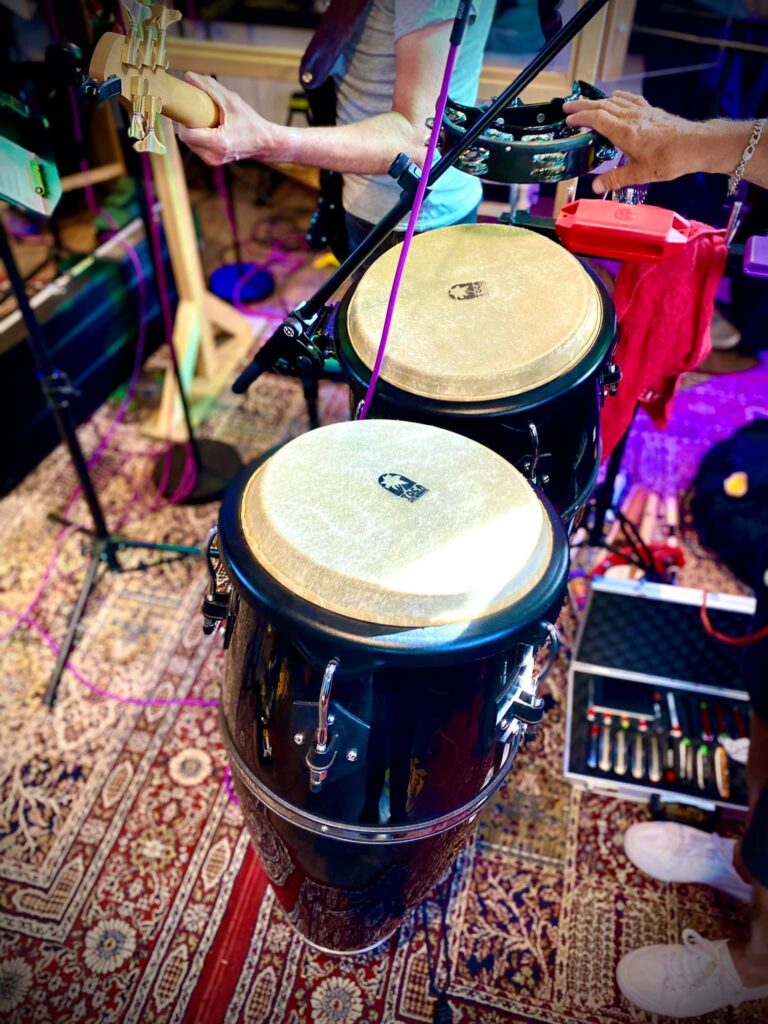 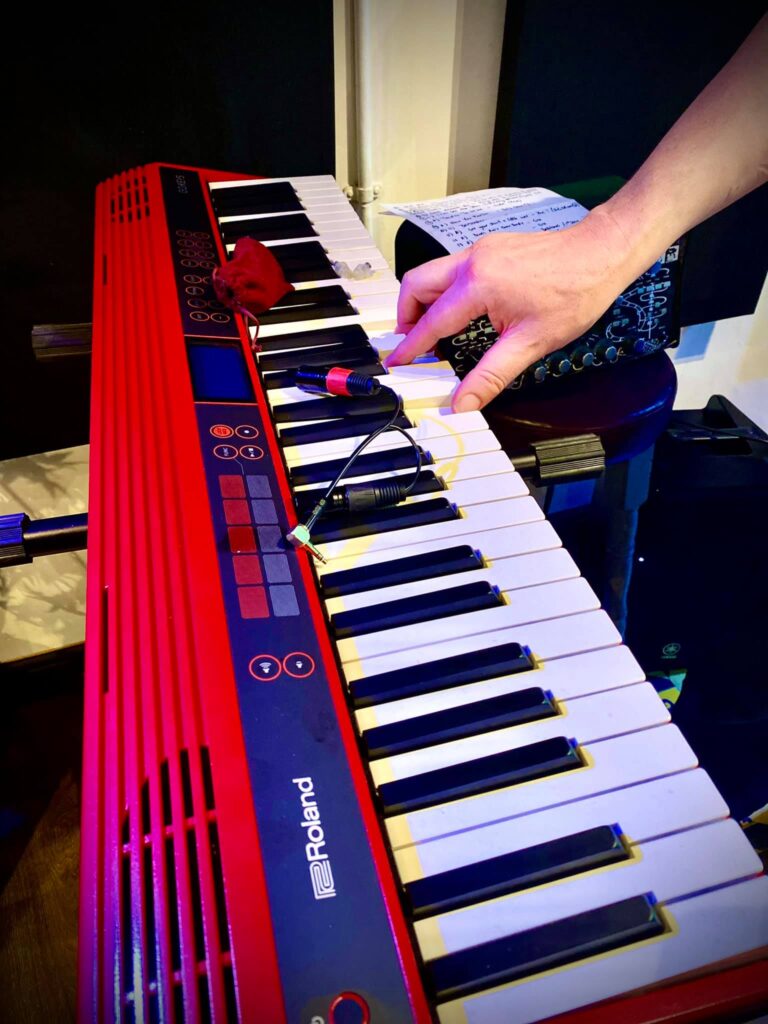 So, a few wobbles with restrictions continuing for at least another month, but The Drove T Drink crew have juggled things so it can go ahead.  I’ll be with my sidekick Ronnie Semple on raucous harmonica and Glaswegian with a 6.00pm start time for our duo – Oil City Shakers 🙂

Well, the gigs have started again – albeit a trickle for June before restrictions are lifted further.  The Oil City Shakers (duo) gig at The Crook Hotel was a belter (with some surprise material!), and this Friday I’m supporting Eli and the Blues Prophets at Darlington’s Forum Music Centre, courtesy of those nice people at the Darlington R’n’B – sold out however….  Next up will be a trip to Sunderland with the OCS duo again – The Peacock, 287 High Street West, Sunderland, SR1 3ES.  Might see you there?  Check out the rest of the bookings here – July is hotting up!

Hey me and Ron have sneaked in with our duo, Oil City Shakers, at this year’s Stormin’ The Caslte North East MAG Custom Bike Show.  I’ve lost count of the number of times I’ve played here now in bands (The Rhythm Bandits, The Bandits, Oil City Connection, Ma Kelly’s Boys) and with the OCS duo over the last 25 years or so, and I’m chuffed to be back aftert the COVID break.  See you in the beer tent? 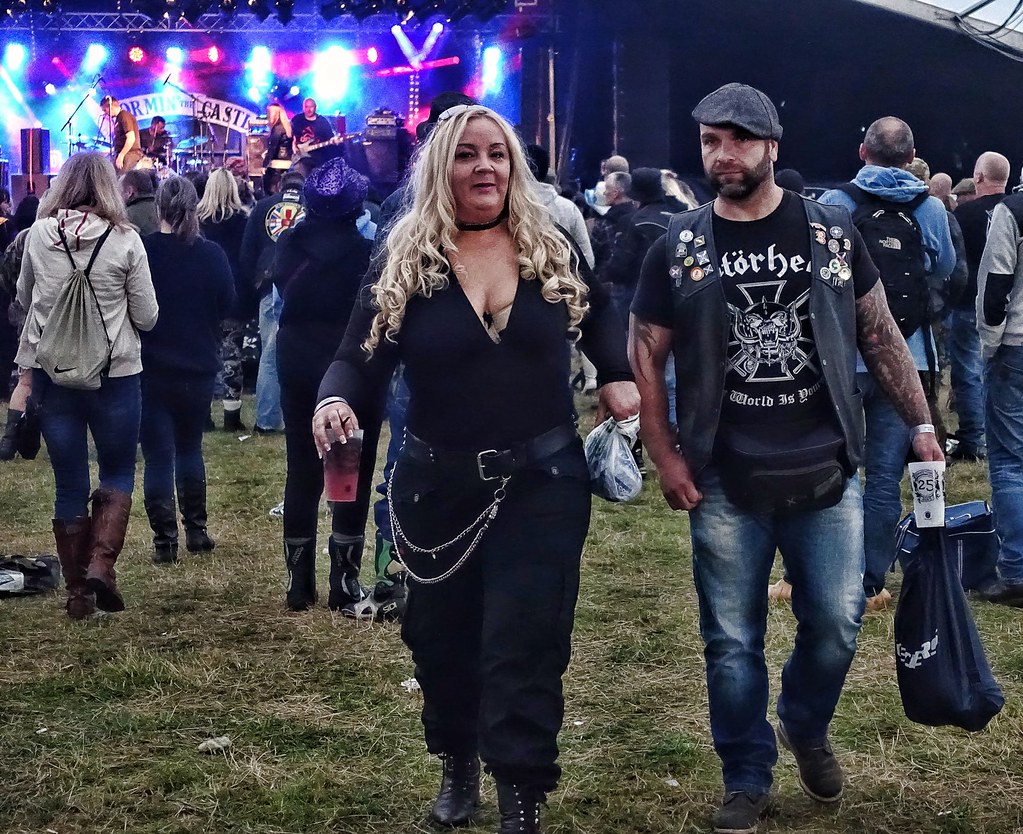 Thx to all who watched The Globe livestream on Saturday (15th May).  Probably my last live stream for a good long time if all goes well from now on.  Thanks to Oil Slick Mick for some harp work on a few numbers, and a bit of harmony vocals too.  It all helps.

The Globe is now a fantastic music venue – we must support it going forward.  Community owned and just off the famous Scotswood Road. 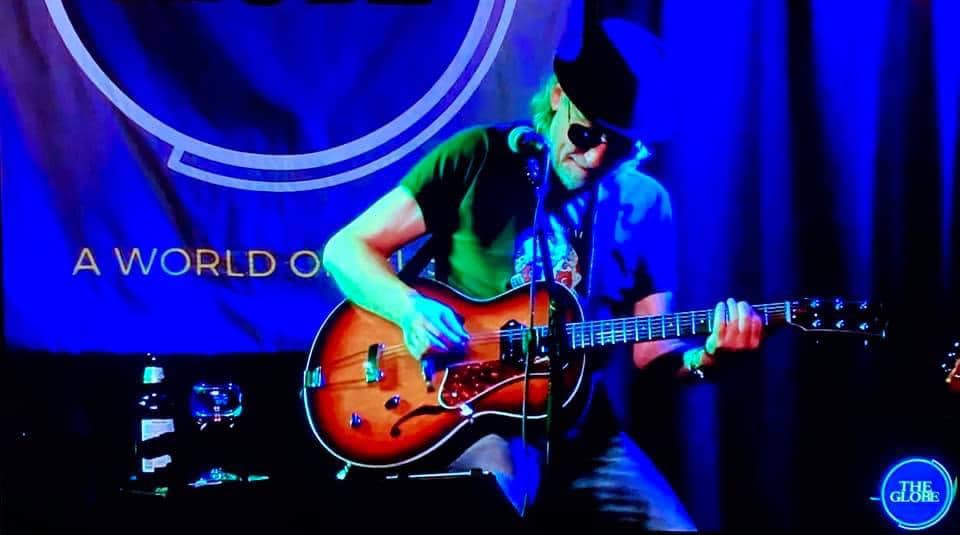 Here’s access to the vid if you’d care to watch,

This is likely to be my last livestream for a while – and it’s from the wonderful community owned The Globe in Newcastle, as part of their livestream series.  They’ve been doing fantastic things keeping live music alive so I’m hoping you can support me by subscribing to this event.

Event by The Globe and Bad Bob Bates
The Globe
Saturday, May 15, 2021 at 8 PM UTC+01
Tickets
theglobenewcastle.bar/product/bad-bob-bates
Public  · Anyone can attend
Bad Bob Bates is a veteran North East England musician and lives on the banks of the Tyne in an old stone house to the west of Newcastle/Gateshead. Fuelled by second hand 70s blues and r+b, topped up with alt country, Americana, psychedelia, punk/new wave and the current mash of garage blues/electronica and rock, he mostly plays across the bars, clubs and festivals of northern England, with occasional forays further south, up to the lowlands of Scotland, and across the water in the USA.
His solo shows involve massive sounding foot drums as well as custom made guitars from 4 to 6 string, and a good dollop of slide to boot, topped by his characteristic gravelly vocals. The songs veer from supercharged garage blues originals and covers to country laments, choc full of rants and observations on life, death, society, happiness and misery – often all rolled together as one.
After years of playing in bands (The Rhythm Bandits, The Bandits, Oil City Con
nection, Oil City Shakers, The Velvets, Ma Kelly’s Boys and more), BBB has been performing and releasing his own solo music since 2013, and you can find it all at https://badbobbates.bandcamp.com/ . As we move towards normality again he’s putting together a 6-piece band to showcase his original recordings to live audiences, but catching him solo will give you the raw, stripped back high energy BBB in full flight.
So, I’m hoping you can join me.
TICKETS: https://theglobenewcastle.bar/product/bad-bob-bates/ 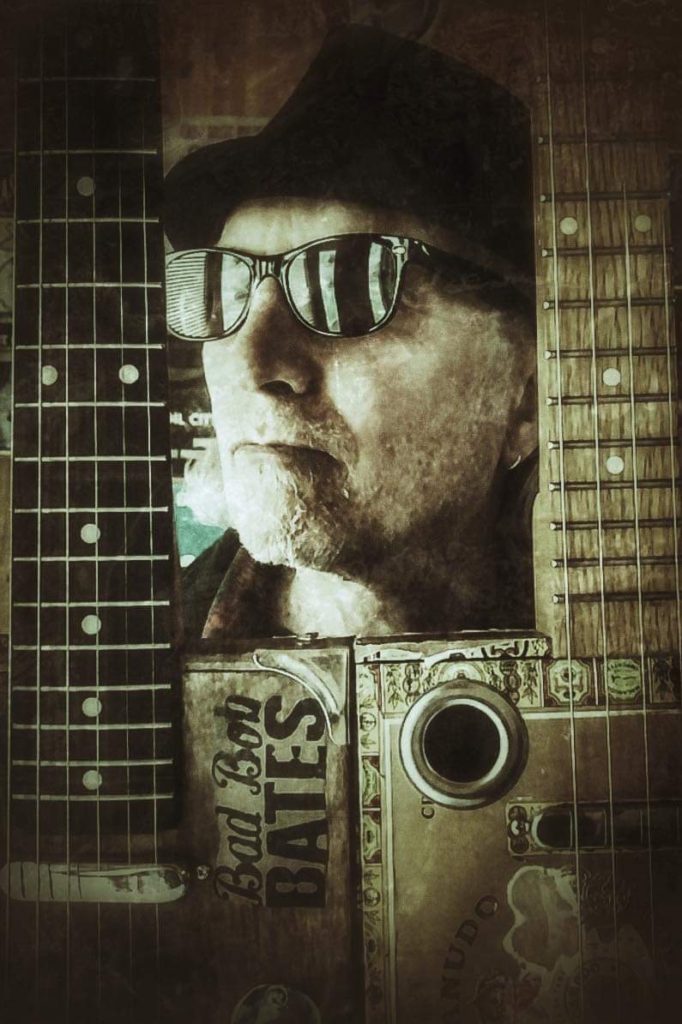