You can find most of my recorded stuff here, from various projects: Bad Bob Bates – Back Catalogue .  Available to stream or buy/download.  I’ll add to it as I go along, but here’s a nice tune to start you off: Broken Bottle and Broken Bones – Bad Bob Bates

And another – I’m On The Floor.

Part 1 The 27 – Bad Bob Bates – a jaunty little song about death… Played on a four string cigar box guitar made by a friend of mine. Tele neck pickup

Part 2 Sausalito – Bad Bob Bates – a place I need to get back to.  Played on a Blue Ridge “vintage style” dreadnought acoustic guitar.

Part 3 Broken Bottle and Broken Bones – Bad Bob Bates – a song about getting ripped off…  Played on my Godin 5th Avenue archtop (P90 pickup in neck).

All of the session in one place… Hope you like my tunes.

All of the Blank Tape Acoustic Session

“Brothers’ Sons”.  Words/Music BBB, All instruments BBB except harmonica – Ronnie Semple. Rough cut, pre mix down etc and just MP3 for you to stream – or capture if you can 😉  Below.

BLUES AT THE BAY, live solo recording from static camera, parts 1 to 4: 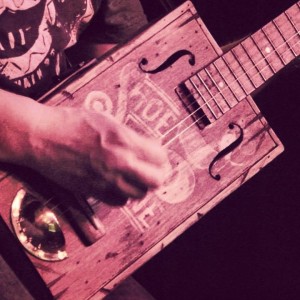 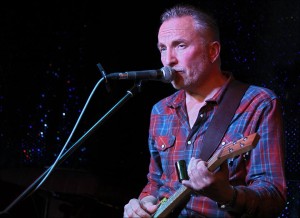 On The Road Again – OCS

Delaware Slide , on the Bishop FM Blues Show, February 2013.  Nicely out of tune 😉

Take a Tip , The Bandits at The Three Tuns, Gateshead, 2010. Quality a bit down but nice energy….